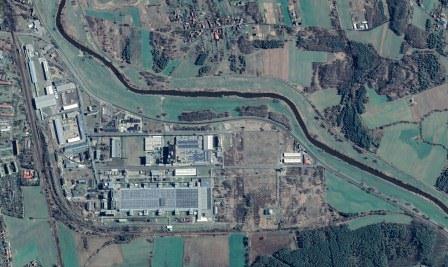 The company intends to locate all production steps of lithium refining in one overall plant at the Guben site. The investment decision for all production steps still depends, among other things, on ongoing discussions regarding subsidies already applied for or still to be applied for. With its long industrial tradition and existing infrastructure, the region offers the best conditions for becoming a central component of the battery value chain and thus part of Brandenburg’s e-mobility cluster. The planned total investment volume at the Guben site for all factory units is up to 470 million euros. With the entire plant in operation, around 160 technicians, engineers and production staff would be employed on site. Together, they would produce around 24,000 metric tons of lithium hydroxide per year. This would correspond to the volume needed to equip around 500,000 electric cars with lithium-ion batteries.

With the acquisition of the site in the Guben South industrial park, Rock Tech Lithium is now creating the basis for the planned converter construction. The site, which covers a total of around twelve hectares, offers extensive space for the construction of facilities for all individual production steps in lithium refining. The already good traffic connection will be further optimized by a possible rail connection. Rock Tech Lithium will seek a close exchange with authorities, experts and local stakeholders for the planning and approval process. The converter is scheduled to start operations in 2024. Locally sourced renewable energy is to be used for production. In order to acquire the site, Rock Tech will make a cash payment to the property owners totalling 1,130,877€ no later than six (6) months from the date of the agreement. The property owners are at arm’s length to Rock Tech.

Dirk Harbecke, Chief Executive Officer of Rock Tech Lithium, explains, “We are becoming the lithium partner of the automotive industry and are building our own, previously non-existent infrastructure for battery-grade lithium hydroxide in Europe. Our goal is to be the first company worldwide to create a closed loop for lithium. Guben seems to us to be the ideal location for this, with subsidies also playing a significant role.” By 2030, the cleantech company plans to obtain around 50 percent of the raw materials it uses from recycling spent batteries.

The EU Commission estimates that European lithium demand for e-car batteries alone will increase 18-fold by 2030 and as much as 60-fold by 2050. A sustainable and resilient raw material supply is thus becoming a strategically decisive factor for the automotive industry.

“With Rock Tech Lithium, we are strengthening our position as the future center of European e-mobility. Brandenburg will be home to the entire value chain in the future. From raw material processing to battery and cell production to e-car construction as well as battery recycling. In this way, we are once again clearly demonstrating our own claim that Brandenburg is a state of innovation. I am all the more pleased that Rock Tech Lithium has chosen Guben as an industrial location in the energy region of Lusatia. This is an important sign for the people of the region. The Lusatia structural process has begun and is showing its first positive results. Lusatia is and will remain an important energy region in Germany,” explains Jörg Steinbach, Minister for Economic Affairs, Labor and Energy of the State of Brandenburg.

The decision in favor of Guben was preceded by a Europe-wide site search. In the end, the city of Guben came out on top due to its excellent conditions. Guben’s mayor Fred Mahro is also pleased about the decision and explains: “The fact that we have found an investor so quickly for the recently decided expansion of our industrial area shows the great potential of our European city. The economic development agencies of the state, the district and the city have cooperated optimally and won a strong partner for Guben and our region with Rock Tech Lithium.”

Harald Altekrüger, District Administrator of the Spree-Neiße District, adds: “The fact that Rock Tech Lithium has chosen our district is proof of our good work. In recent years, we have created structures that offer innovative companies good investment opportunities. We will continue to accompany the settlement and further development of Rock Tech Lithium with commitment.”

Rock Tech Lithium is a cleantech company with operations in Canada and Germany that will supply the automotive industry with high quality lithium hydroxide “made in Germany”. As early as 2024, the company will commission Europe’s first lithium converter with a production capacity of 24,000 tonnes per year. This is equivalent to the volume needed to equip around 500,000 electric cars with lithium-ion batteries.

The cleantech company has set itself the goal of creating the world’s first closed loop for lithium, thus closing the raw material gap on the road to clean mobility. Rock Tech owns the Georgia Lake lithium project in Ontario, Canada and, as early as 2030, around 50 percent of the raw materials used are expected to come from the recycling of batteries.