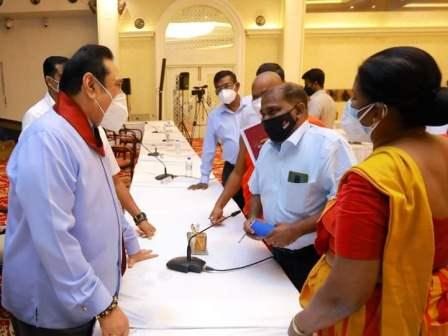 Teachers and principals have withdrawn from academic activities, including online lectures, over several demands.

One of their key demands is over salary anomalies, which they have called on authorities to immediately resolve.

A discussion took place between Prime Minister Mahinda Rajapaksa and representatives of the Teachers and Principals’ Trade Unions at Temple Trees in Colombo yesterday.

Following the meeting, Ceylon Teachers Union (CTU) General Secretary Joseph Stalin stated that the Prime Minister had stated that the issues pertaining to salary anomalies can be resolved in three stages.

The Trade Union leaders said yesterday that they will draw a decision today on the issues discussed with the Prime Minister.

The Teachers and Principals’ Trade Unions have now decided to continue with their trade union action as they don’t agree with the proposed solution.