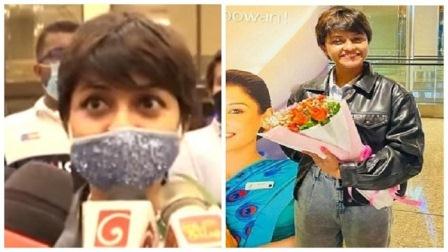 The singer arrived in Sri Lanka last night, after completing her two concerts in New Delhi and Hyderabad in India.

Speaking to reporters at the airport, Yohani stated that Indians were largely unaware of the Sinhala language.

“My song has had an impact by introducing the Sinhala language to the neighbouring country,” she said.

Commenting on her upcoming album, she said “It is at the finishing stage now

65 arrested for trying to leave the country illegally

65 arrested for trying to leave the country illegally