Every Marvel TV show, ranked from worst to best 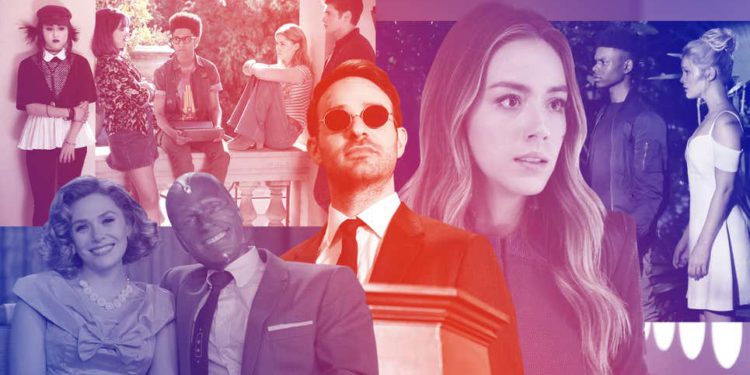 The last time we gathered to do a Marvel TV ranking, Netflix was shuttering its Hell’s Kitchen-based crime-fighting operations, leaving only ABC’s Agents Of S.H.I.E.L.D. to rep for small-screen superheroes. A lot’s changed in the last three years—the birth of Disney Plus has led to the creation of a new part of the Marvel Cinematic Universe, one with a much more direct connection to the big-screen heroics that have held audiences in thrall since 2008.

Now, instead of Avengers-adjacent stories, we have Avengers (and a former antagonist) saving the world—or just themselves—one episode at a time. And there’s no real lag between new outings; as we were putting together this ranking of Marvel TV shows across platforms, Hulu’s animated Hit-Monkey premiered, with Hawkeye waiting in the wings. But those heroes will have to wait (at least until the New Year) to see where they land on our list. Here, The A.V. Club ranks the 19 Marvel TV shows that have premiered since 2013, across multiple platforms and networks, from worst to best. Let the non-superpowered fighting commence.

Something Marvel has generally been good at, both in the movies and on television, is taking characters and concepts that people might not care about and finding ways to make them feel interesting or relevant. Hulu’s Helstrom is an example of this approach coming up short. In the comics, Daimon Hellstrom and his sister, Satana, are the children of a guy who is (more or less) Marvel’s version of Lucifer. But despite being mainstays of the publisher’s ’70s horror comics, they’re now little more than C-listers who sometimes show up to help/fight famous magic guys like Doctor Strange. The show’s attempt to recalibrate involved stripping any and all connection to the larger Marvel Universe (Helstrom is not technically affiliated with the MCU), and then filling that hole with nothing particularly new or compelling.

Even if Marvel’s Inhumans doesn’t go down in history as the crappiest show the studio has ever attempted (it narrowly finished in front of Helstrom on this list), the series will almost certainly claim the crown as the ugliest. It’s a wonder Marvel and ABC even let it get out the door, looking like it did. The tale of an enhanced-abilities royal family living on the moon—and then banished to Hawaii during a coup, where they’re forced to find each other and figure out a way home—is so garish and shoddy-looking, it’s more likely to be mistaken for a bargain-bin Syfy cheapie than an effects-heavy would-be blockbuster from one of the most successful studios on the planet. From eye-rolling dialogue to DOA action scenes, Inhumans fails on all levels. When the teleporting dog is the most relatable character on your show, you know something’s gone wrong.

The Gifted mostly muddled its way through two undistinguished seasons on Fox. The series earns its ranking behind the much maligned Marvel’s Iron Fist, which was at least terrible enough to be interesting. Set in an alternate timeline, The Gifted is an X-Men series where the supposed hook is that the X-Men have vanished. It’s an inherently disappointing setup. The Gifted debuted in 2017, when the Marvel Cinematic Universe was flourishing, but it was a pale shadow of The CW’s more engaging superhero shows. Stephen Moyer and Amy Acker starred as parents Reed and Caitlin Strucker, who go on the run with their mutant kids, played by Percy Hynes White and Natalie Alyn Lind. Emma Dumont is fun as Lorna Dane (X-Men member Polaris in the comics), but if she’d been on The Flash, she’d have had a cool costume.