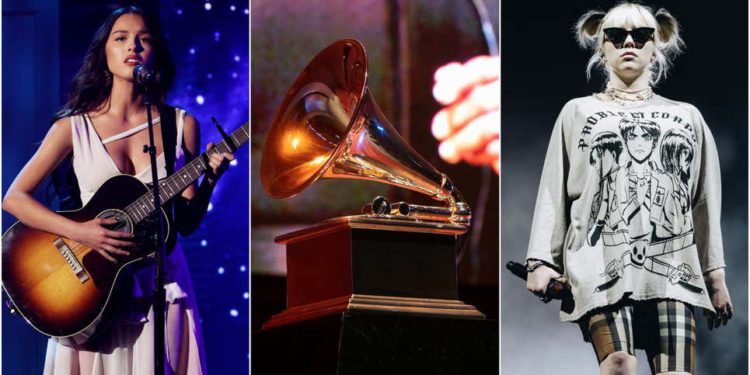 It’s almost time for the nominations for 2022’s 64th annual Grammy Awards to be revealed, and this year, there might actually be some notable shifts in who gets selected. Read on to see the details about this coming year’s awards, who you can expect to see racking up nominations tomorrow, and why, even if there are once again notable upsets or snubs, it’ll at least be a (supposedly) fair outcome.

Thanks to some changes made in the wake of last year’s controversy over The Weeknd being completely shut out, despite having one of the most successful albums of the year (and, in the case of “Blinding Lights,” one of the biggest singles of the century thus far), there’s a new process in place—not necessarily a more discerning one, but certainly more democratic.

The Recording Academy has officially disbanded the “secret” nominating committees of years past. Prior to this, groups of artists, creators, and “industry experts” (whatever that means) curated the final lists of nominations, essentially picking whoever they wanted from the top 20 candidates determined by the broader Grammy voting body. Which is a fairly large pool from which to be selecting, meaning there was quite a bit of cherry-picking going on.

Instead, now the nominees will simply be the artists who received the largest number of votes from the entire body of eligible Academy members. In practice, this could well mean populist artists that have historically been overlooked will get a better shot at Grammy statues. (Read: BTS has a real chance to become the first K-pop act to get a Record of the Year nomination, for “Butter.”)

The Academy also took much bigger steps than in years past towards diversifying its membership. Last year’s 2,710 invitations to new members were 48% female and drew 55% of their body from “traditionally underrepresented groups.” This is part of the push to reach 2,500 women Academy members by 2025.

Though even with the improvements in transparency about the process, we likely won’t see a huge change in which artists get nominated, save for the likely inclusion of more commercially popular fare. The Grammys have historically used the large number of categories available to spread the love among most major artists in any given year, so it’s not like there was some hyper-elitist gatekeeping going on or anything. Still, some musicians should prepare themselves for good news (if you consider a Grammy nom good news and not a potential curse, that is).

Olivia Rodrigo had one of the most successful singles of the year with “Driver’s License,” and one of the best-selling and most acclaimed albums with SOUR. Similarly, Billie Eilish is now a Grammy darling, and even though Happier Than Ever didn’t receive as positive a critical reception as her debut, it’s still enormously popular, and as an Academy darling on a hot streak, there’s almost no chance she’ll be ignored.

Other likely shoo-ins for nominations tomorrow include: Lil Nas X for “Montero (Call Me By Your Name)”; Doja Cat and SZA for “Kiss Me More”; Taylor Swift for evermore; Silk Sonic for “Leave The Door Open”; Justin Bieber for Justice (and “Peaches”); and Ariana Grande for “Positions.”

Again, these are all likely due in large part to the fact that the Academy is always loathe to look behind the times by not acknowledging as many of the year’s most successful artists as possible; and they presumably bent over backwards this year to avoid any Weeknd-style publicity disasters.

The Grammy nominations are set to be announced on Tuesday, November 23, at 12 p.m. ET via livestream on the Grammy website. Then, be sure to check back in at The A.V. Club for a breakdown of the nominees, as well as a discussion of the most surprising inclusions and exclusions.

The 64th Grammys will take place on Monday, January 31st at 8 p.m. ET—you can watch either on CBS or via streaming service Paramount+.