Atlanta is shillin’ branded products in a surreal new teaser 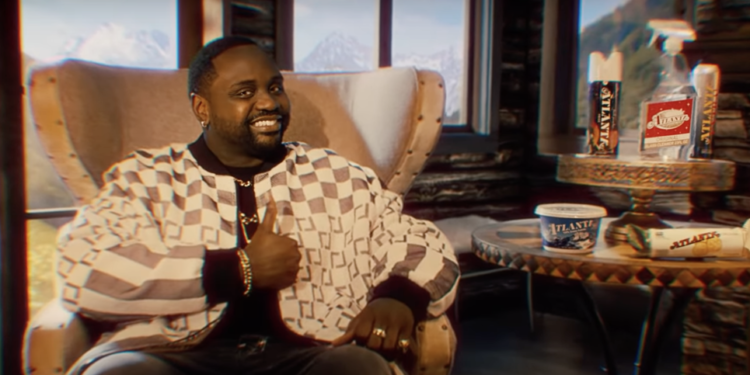 The return of Donald Glover’s Emmy-winning Atlanta is finally, finally, is sight, and there’s a new surreal, sardonic teaser—called “Shillin’”—to bring us back into Glover’s off-kilter world. It’s been nearly four years since new Atlanta episodes have graced our television screens, so for right now they’re starting small with a commercial for a line of Atlanta-branded products.

The commercial features white people with painted on smiles, exuberantly enjoying the selection of products, like glass cleaner and whipped cream. Meanwhile the characters of Atlanta (Glover, Lakeith Stanfield, Zazie Beetz, and Brian Tyree Henry) find themselves unimpressed. A repulsed Stanfield even chokes on the toxic fumes of the Atlanta-branded air freshener.

It plays out like the peppiest yogurt commercial, with an upbeat cover of Outkast’s “So Fresh, So Clean” gleefully playing in the background. At the end, Paper Boi still gives a flashy smile and thumbs up to the camera before saying (in a non-English language), “These products scare me.”

The commercial falls in line with the upcoming Europe-set season, which will take Atlanta out of Atlanta. Season three finds Earn (Glover), Alfred/‘Paper Boi’ (Henry), Darius (Stanfield), and Van (Beetz) in the midst of a successful European tour, as the group navigates their new surroundings as outsiders, and struggle to adjust to the newfound success. In the teaser, the characters definitely come across as outsiders; they’re not in on the products everyone else around them seem to be enthusiastically enjoying. A European tour sets the stage for plenty of moments for the characters feel like a fish out of water.

Other details about the upcoming season have mostly been kept under wraps. However, we do know it will focus on more women-oriented stories, and from the first teaser, Paper Boi undergoes some kind of harrowing experience.

The third season of Atlanta premieres on March 24, 2022, starting with two episodes.